Earlier this summer I had the good fortune of winning tickets to a circus-themed street party, which proved to be all kinds of fun, so when I heard that tickets had gone on sale for an event calling itself "Toronto's first carnival themed food festival" I immediately bought myself a pair ($12.50 in advance/$15 at the door). Foodival, co-presented by popular Toronto food tour group Foodies On Foot, took place in two installments today at 99 Sudbury. The day edition was an all ages event between 11am-3pm and the night edition turned into a 19+ event between 6-10pm. We opted to buy tickets for Foodival night and wandered over a little after 6pm to find the event in progress with no wait at the doors to get in. 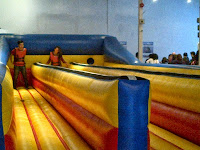 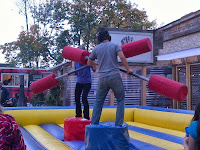 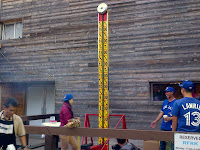 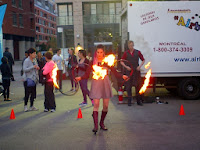 As a frequent attendee of many Toronto food festivals, I'm used to seeing a pretty standard layout. Food Trucks outside, pop-ups/stalls inside, people eating everywhere in between. Foodival had all of the regular players plus a whack of carnival themed extras, which were awesome. Inside there was a large inflatable track where tethered racers tried to be the first to grab a bean bag at the end of their row (this was no easy task, think of animals chasing a carrot at the end of a stick and you kind of get the idea). Outside there was an inflatable jousting ring, a high striker (definitely needed to look that one up, I had no idea it had a name), tarot card reading tables and intermittent fire-juggling performances. Apparently the Foodival day edition had a mechanical bull but sadly he didn't even make it to the end of the afternoon (I really hope they didn't have to take him out back and shoot him). 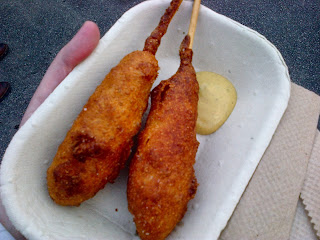 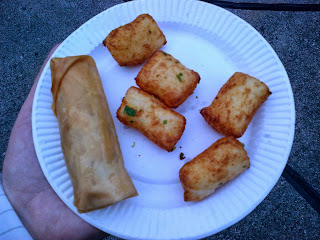 While the carnival aspects of Foodival were certainly appealing, the draw OF COURSE was the food. We started strong with shrimp corndogs from The Happy Hooker ($4 each or 2/$6). We tried these bad boys at an event earlier this summer and they are exceptionally delicious, which kind of runs contrary to the reputation of corndogs, but who's complaining? NOT ME. Next was a veggie spring roll ($1) and some cod fritters ($3) from Tocino Boys. The cod fritters were like fish tater tots (in a good way) and were melt in your mouth yummy. 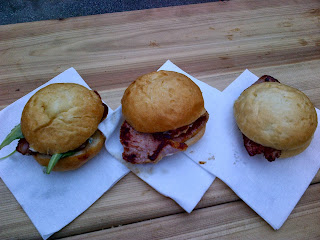 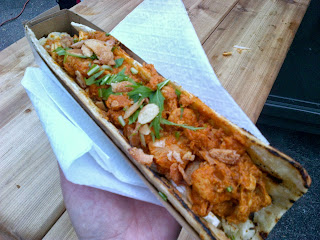 There was a tremendous amount of pork being served by Foodival vendors so it was not at all shocking when my husband opted to go this route for his big food splurge. A trio of sliders ($11) at Rashers included the Bacon Butty (British style bacon & homemade brown sauce), the Hogtown (peameal bacon, aged cheddar & homemade ale mustard) and the Wild Boar (cider glazed wild boar bacon, apple chutney, blue cheese & arugula). He was in pig heaven, which incidentally is not a happy place for actual pigs. The Hogtown slider was his favorite. Fortunately for me there were some solid non-pork options at the Jonny Blonde Food Truck and I tucked into The Butter Blonde ($9). Served on flatbread it contained tandoori chicken in Jonny's cashew butter chicken sauce, roasted cauliflower, melted brie and candied almonds. Oh. Man. If you ever get the opportunity to try this sandwich, DO IT. Spectacular. 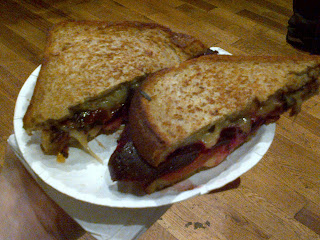 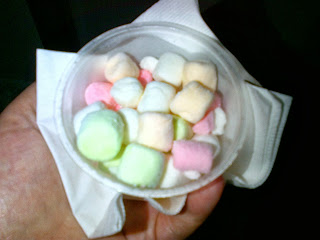 I really felt like we were ready to move on to dessert at this point but then I spotted the Cut The Cheese stand and I knew dessert had to wait a little longer so I could try the Beet It! grilled cheese sandwich ($8). For a vegetarian sandwich it contained a lot of heft: beets, portobello mushrooms, roma tomatoes and smoked gouda. Meat would have been overkill. As it was, it was wonderfully delicious and not just because beets have recently become one of my favorite things. After taking a pause we hopped back onto the dessert train and our first stop was to see the mad scientists at Ice Volcano who were busy combining ice cream with liquid nitrogen, much to the delight of the gathering crowds. I tried Ice Volcano earlier this summer and although I should have used this second chance as an opportunity to try something new, I had to have their frozen mini marshmallows again ($5 or 2/$8). I HAD TO. I regret nothing. 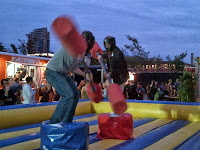 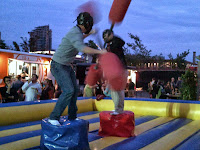 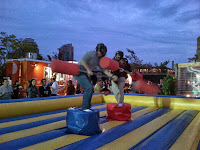 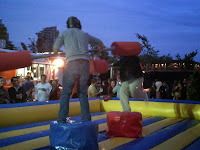 Actually I did regret something and that was eating too much too fast. We needed yet another pause from eating and so we wandered back outside and, after some gentle coaxing, my husband and our buddy Eric agreed to a friendly joust. Because why not? It was fun to watch and no one resorted to winning by jabbing the other in the stomach and inducing vomiting. Huzzah! 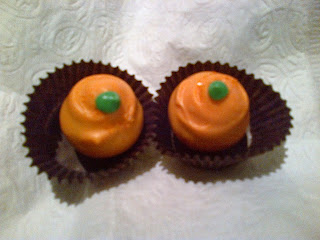 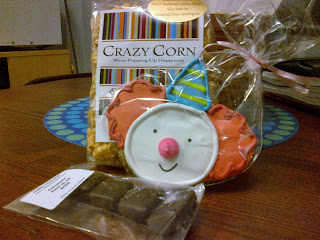 Even though our break from eating helped, we were still pretty full. We managed to fit in one more teeny dessert item, the pumpkin spiced caramels ($1) from The Golden Apple. Paired on the napkin they kind of looked like alien boobs but (presumably) they tasted much better. After this tasty treat my stomach waved the white flag and it was over. The problem? Many desserts left uneaten! The solution? Many smart vendors had take-out items, which is such a good idea I don't know why this doesn't happen more often at food events. We went home with caramel corn from Crazy Corn ($4.50), an adorable clown cookie from Le Dolci ($5) and a selection of salted and brulé caramels from Odile Chocolat ($5). If I pace myself, I can make Foodival last another few days. Lovely!
Posted by Katharine MacNevin at 10:23 PM

Comments? Concerns? Question marks? Send me an e-mail at toseetodoblog@gmail.com!

Katharine MacNevin
I live in downtown Toronto and I'm always looking for the next cool, interesting, awesome, random thing to do in the city. I love coffee, singing and colourful things. I hate mess, direct sunlight and being told what to do. I have some ginger rage and nothing brings it out as much as the TTC. I have a fear of hippos and mold. I am a fan of big words and cuss words. I write but I'm not a writer. I'm a smoker but I don't smoke. I have a smart husband and a grey cat.